Maria Radoje, a member of the London based Meher Baba Association, wrote in November 2018 asking for help to design a series of posters celebrating ‘Amartithi’, the 50th anniversary of Meher Baba’s death (‘date with the Eternal’) on 31 January 2019. Each poster design would include a well known Baba aphorism and Baba image from various stages of his life. The posters would appear on 42 sheet billboard sites, station locations and as panels on the sides of double-decker buses. Design work and print production was managed by Dinah Lone who had a a fine track record in production of Baba CD packaging for both the ‘Avatar’ boxed set of devotional albums and ‘O Parvardigar-The Archive Collection’ from the Meher Baba Film Archive. The posters appeared over a period of two weeks from 28 January to 10 February 2019 at various main line stations in London, on buses in Bristol, Cardiff, Falmouth, Glasgow, Leeds, Newcastle and Nottingham and on billboards in Birmingham, Manchester, Southampton and Reading. Sightings of the posters were posted on Facebook and other digital media over the two week campaign with positive feedback from the travelling public. 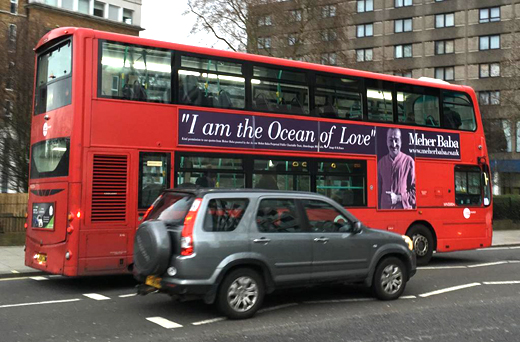 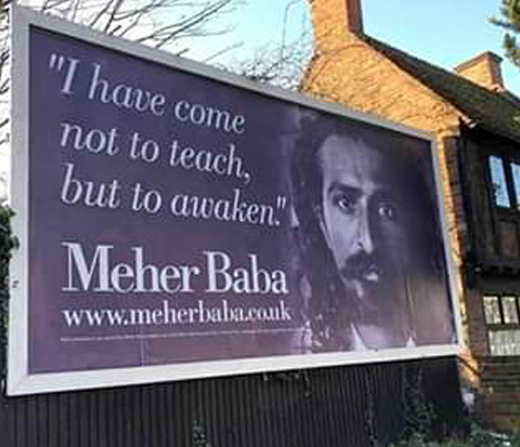 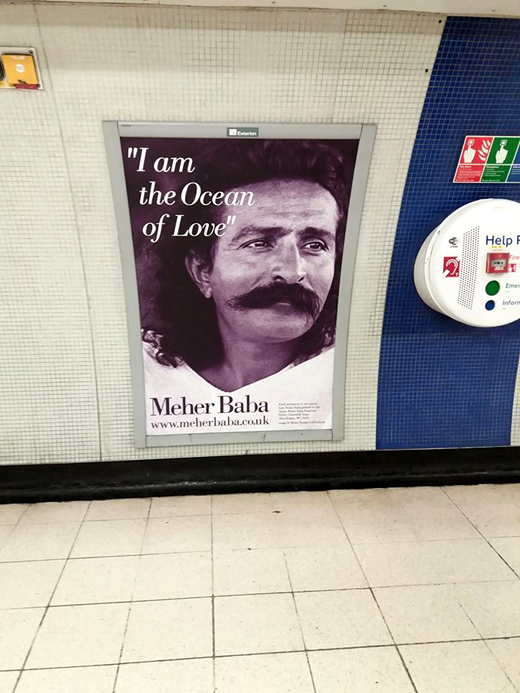