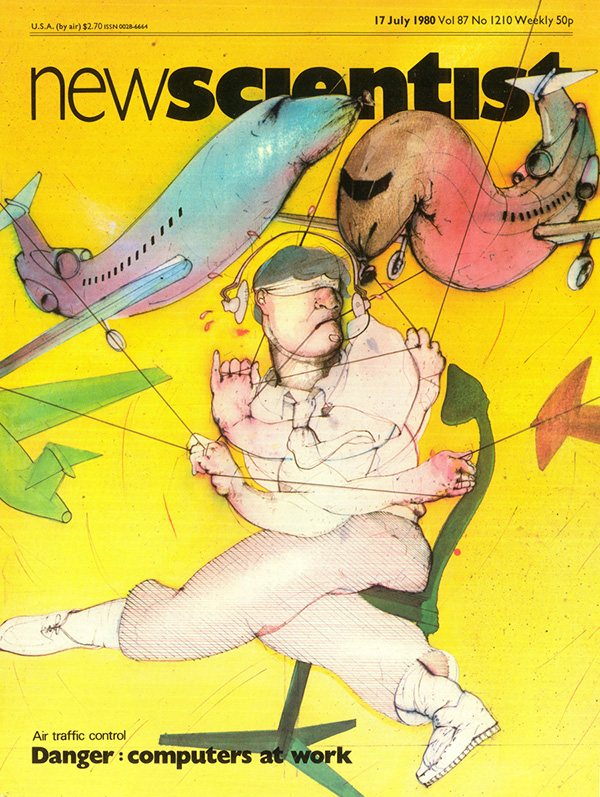 The article expressed concern regarding American air traffic controllers use of bits of paper to plot traffic movements when computers go down.

The illustration was commissioned to a tight deadline and is an example of the more direct method of drawing using pen and ink. First thoughts and actions became the finished artwork.