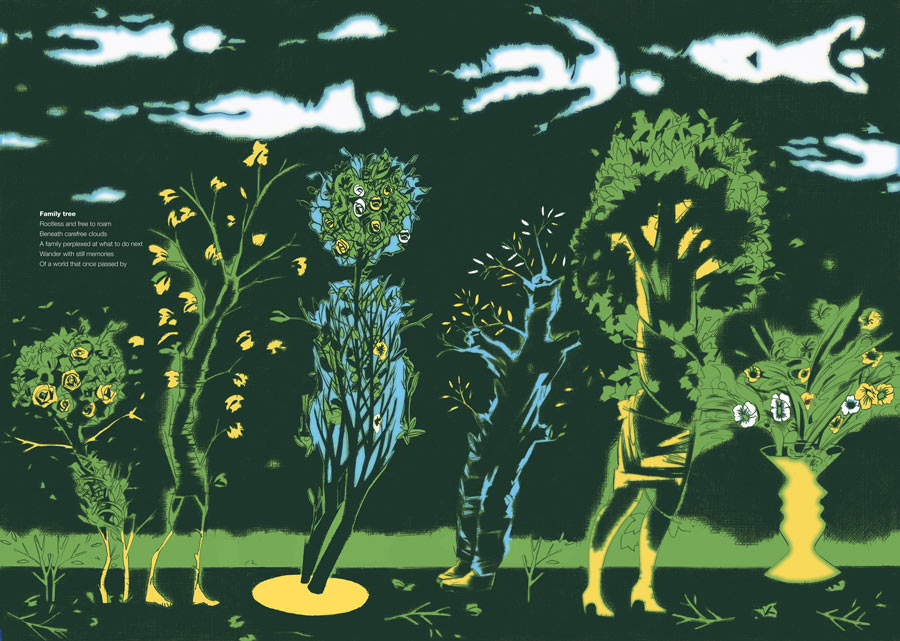 Commission from the Nobrow Press for a double page spread in Nobrow 3 magazine. April 2010.

The theme was topsyturvy. I drew an anthropomorphic tree family and gave them a fretful part in the picture with humans, usually associated with the anxiety of choice, depicted as carefree clouds. The following poem accompanies the picture.

Rootless and free to roam
Beneath carefree clouds
A family perplexed
At what to do next
Wander with still memories
Of a world that once passed by.