The Victoria and Albert Museum exhibition ‘You Say You Want A Revolution: Records and rebels 1966-70’ opened in September 2016 and closed in February 2017. It was a timely celebration of sixties counterculture kicking off a period of reflection on the fiftieth anniversary of an epoch when youth culture set the agenda for a new way to engage with the world. The 14 Hour Technicolour Dream poster and Tommy cover formed part of the show. During an interview on the exhibition with journalist and author Liz Hoggard for the Observer New Review I mentioned the honour given to hippie culture in 1970 when, as a movement, they were awarded the Sikkens Prize, a prestigious Dutch art award that recognises the use of colour. The citation read “for their colourful contribution to society. Specifically for their exuberant use of colour as a playful aspect in human society, making a real contribution to the integration of colour and space”. Previous recipients of the award included Bridget Riley, Jan Dibbets and Theo van Doesburg. 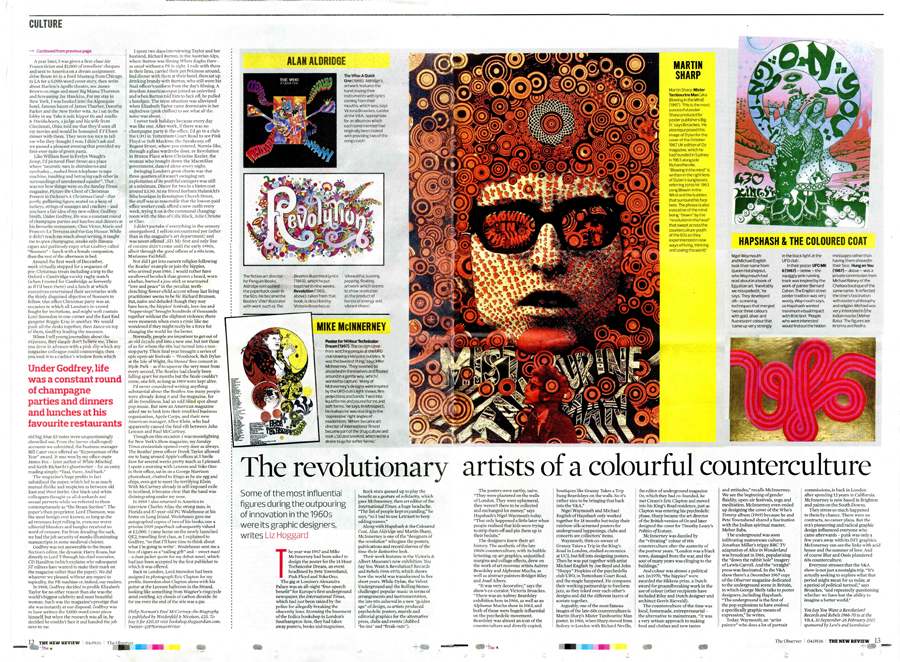