Jools Broom, PA to Roger Daltrey, emailed in October 2016 with a request to take part in a project organised by photographer Alistair Morrison for the Rolls Royce motor company who were creating 10 unique vehicles for a ‘Wraith inspired by British Music’ campaign. I was being asked to organise elements of the Tommy album cover artwork onto a Rolls Royce Wraith honouring the music of The Who as part of a British music celebration. Other musicians being celebrated included The Kinks, Status Quo, Ronnie Wood, George Martin and Shirley Bassey amongst others. The Tommy Wraith would be sold at auction as part of the Rolls Royce campaign with proceeds going to The Teenage Cancer Trust.

A meeting was arranged with the project planning team at the Rolls Royce factory on the Goodwood Estate near Chichester. The Rolls Royce team already had ideas for stitching and engraving elements of the inside cover and booklet artwork on the interior of the car. I suggested we apply the album artwork to the bonnet of the car with no regard for just how big it was and how this might be accomplished. I naively thought I could hand cut masking templates onto the bonnet ready for spraying and hand painting. A process similar to one I used in 2011 when painting the Tommy cover onto a Gibson SG Special guitar. A tour of the facilities after the meeting put an end to these very basic artisan thoughts. The factory was a hushed palace of perfection. Every detail of the car carefully crafted in zen like concentration to maximise quality from the unique ‘soft’ vehicle paint that could only be washed by a Rolls Royce service team to interior leather made from the hide of cows farmed above the mosquito line on Swiss mountains. A practice guaranteeing no puncture marks appear on the leather. I was relieved to discover that stencils would be laser cut. My wife Dinah Lone used Adobe Illustrator to draw the masking templates needed for the several spray layers required for the three dimensional effects of the cover. Rolls Royce also bought-in the crafting skills of Neil Melliard to paint the bonnet. Neil was very experienced at working with automotive paints to create the highly finished livery of Formula One racing vehicles to the exacting standards required by racing teams.

The launch of the ‘Wraith inspired by British Music’ project took place on 29 March 2017 at the Sanderson Hotel in central London. The auction of the Tommy Wraith later raised £209,000 for Teenage Cancer Trust. The following Images show the Tommy Wraith at the campaign launch, my visit to the Croydon workshop of Neil Melliard to look at work in progress and the finished bonnet after final varnish at Fastlane Paint and Body workshop, Ascot. 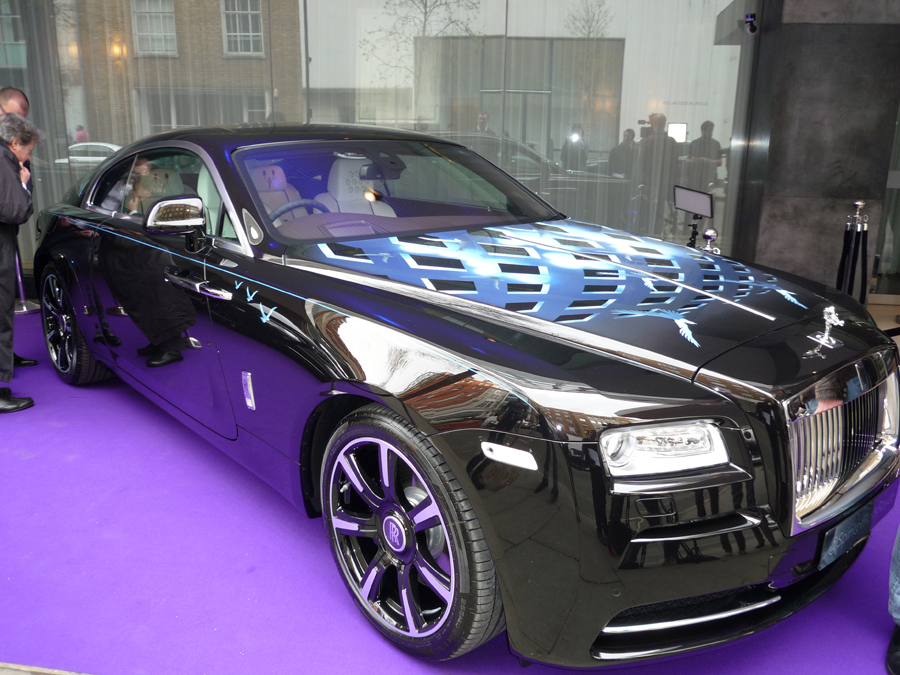 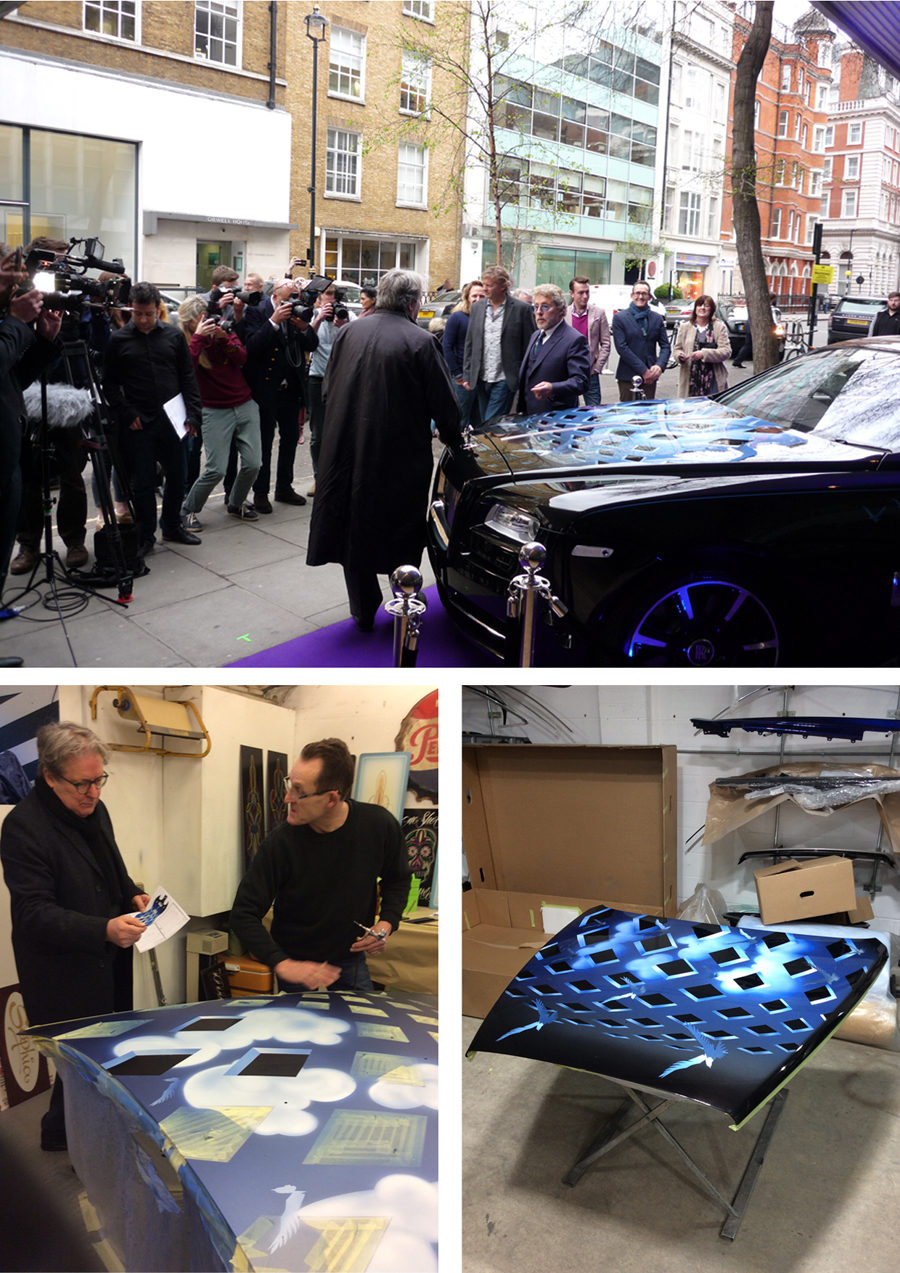