‘Pink Floyd: Their Mortal Remains’ was originally planned to run for four months at the Fabbrica del Vapore in Milan, Italy from 19 September 2014. However the exhibition was cancelled with refunds promised for tickets sold. I had been asked to contribute my 14 Hour Technicolour Dream poster to the show and proceeded to print, package and mail the poster to Evolve Devolve, the Italian promoters of the Milan event, I am still waiting for payment. The Evolve Devolve official statement at the time declared the show “had been cancelled because the necessary conditions have not occurred in order to make it happen within the time frame available at the Fabbrica del Vapore”.

Ultimately the show came to the V&A in London and I went to the preview held on 11 May 2017. The exhibition included a poster wall (see picture) in the early part of the show providing a counterculture context for the emergence of Pink Floyd in late 66. Some of the posters on display were mine including the legalise Pot Rally, Jazz at The Roundhouse, UFO Dusk to Dawn and 14 Hour Technicolour Dream posters. I particularly enjoyed seeing the drawings, animations and preparation material for major Pink Floyd stage presentations at the exhibition, wonderful expressions of imagination and skill. 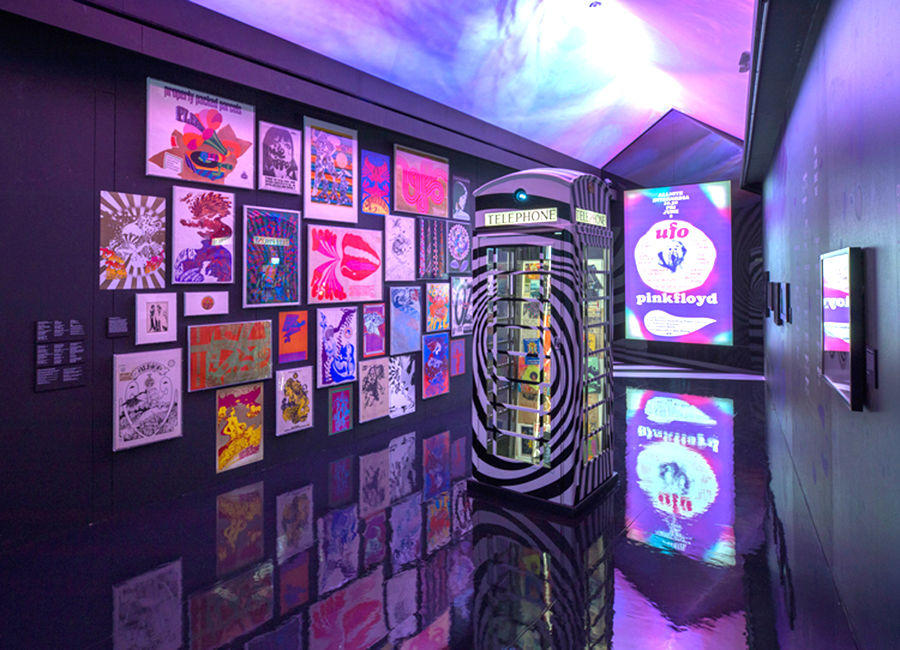