I signed my first Author Commissioning Form In July 2016 agreeing to deliver text to Elephant Book Company for a book titled ‘Sgt. Pepper at Fifty’. I was used to signing paintings or putting signatures on licenses of use for images or contracts for royalties but this time someone was prepared to enter a contract and pay money for my thoughts in writing which was both delightful and stressful as I considered the amount of words required for the project.

Will Steed, Editorial Director at Elephant Books, had emailed four months earlier asking if I would be interested in helping put together a presentation of ‘Sgt Pepper at 50’ based on an idea devised by Tom Seabrook, author of ‘Bowie in Berlin’. The book would explore, in separate chapters, The Mood, Look, Sound and Legacy of the Beatles pioneering album. Because of my connection to the London counterculture scene in the sixties I was asked to contribute writing for the opening ‘Mood’ chapter with Bill DeMain and Gillian G Gaar providing text for the other three chapters. The green light for the project came from the New York based Sterling Publishing Company at the end of June 2016 with a September deadline for material. I think this deadline was set in order to negotiate further foreign rights at the Frankfurt Book Fair held in October. The book would be published and launched on the 50th anniversary of the album in June 2017.

The mood chapter would set the scene for the making of the Sgt. Pepper album. It would describe the international nature of the counterculture at the time with an emphasis on both American and London based politics, music, fashion, visual culture and the major events that formed a backdrop to the creation of the music and sonic inventions developed in the recording studio. As I started writing I came across George Martin’s quote from an interview in which he discussed new recording techniques and electronic possibilities offering musicians the ability to paint sound rather than photograph it. I liked an analogy that highlighted possibilities of unique expression rather than the familiar repetition of machine made images. It supported the narrative of art school trained musicians exploring a growing technology of sound engineering in an expanding recording studio experience. The analogy also worked as a way of describing a creative youth culture keen on making space for itself. I was defining a counterculture that articulated anti-establishment sentiment and radical attitudes and a swinging London scene that expressed alternative life styles. The sixties provided a very physical journey into the senses questioning perceptions with immersive performance and direct action bringing theatre, art, music, poetry and politics into the streets and fields of England. It was a moment when popular culture found its centre of gravity. The more I wrote the more I realised I was describing the counterculture in relation to Paul McCartney. At that time he was the most likely Beatle you would bump-into on the street, in a club, at an event or in someones apartment. I even purchased Jane Asher’s car, a Ford Popular, from Paul at his Cavendish Avenue home because my studio partner Dudley Edwards happened to be living there at the time when Jane was on theatre tour in America. The EMI recording studios in Abbey Road was a short walk away from McCartney’s home, the London scene appeared so compact, connections so close and convenient, just like a village.

The following images illustrate: 1. The cover of ‘Sgt. Pepper at 50; 2. A spread showing Tara Brown’s Cobra sports car painted by Doug Binder / Dudley Edwards and my poster for the UFO club; 3. A feature spread on the 14 Hour Technicolour Dream; 4. A spread with images illustrating an anti-Vietnam rally in New York, McCartney showing support after the Jagger / Richards bust, John ‘Hoppy’ Hopkins and Julie Felix at a Trafalgar Square rally. 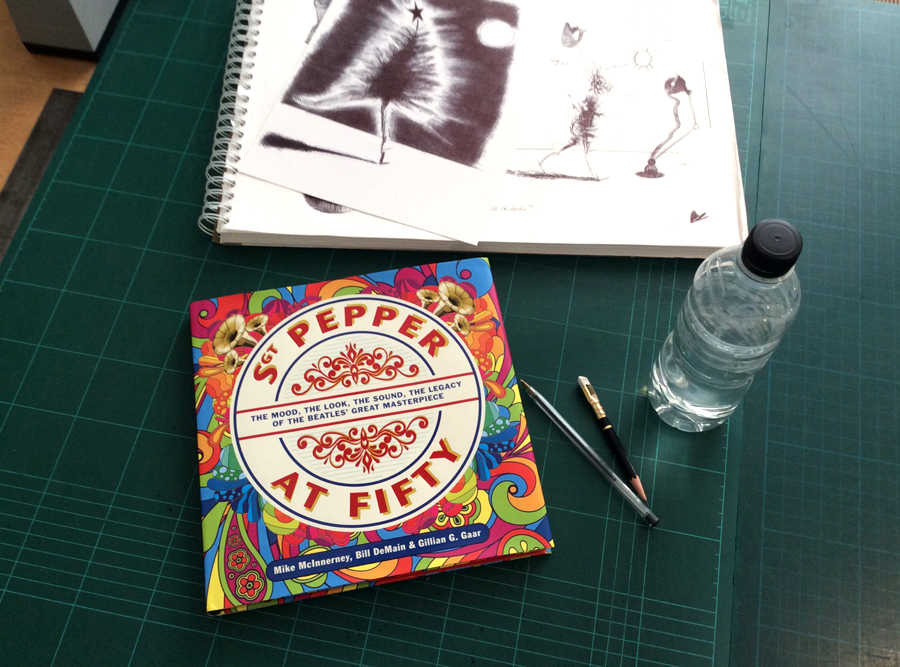 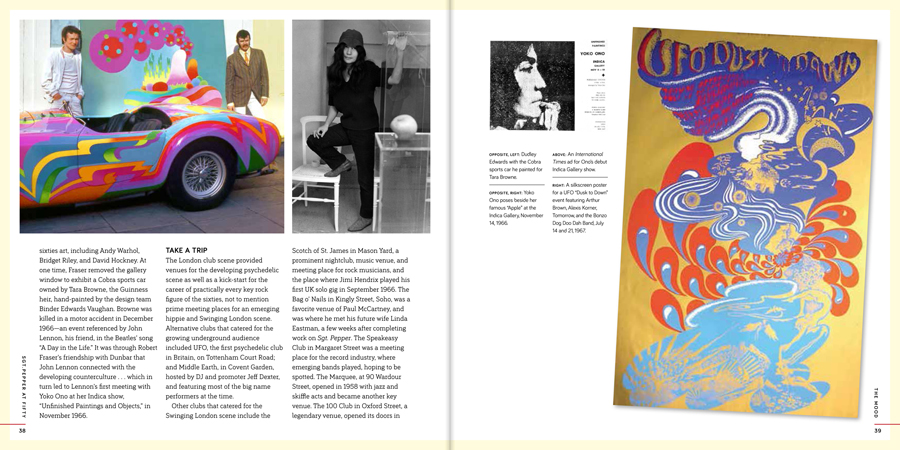 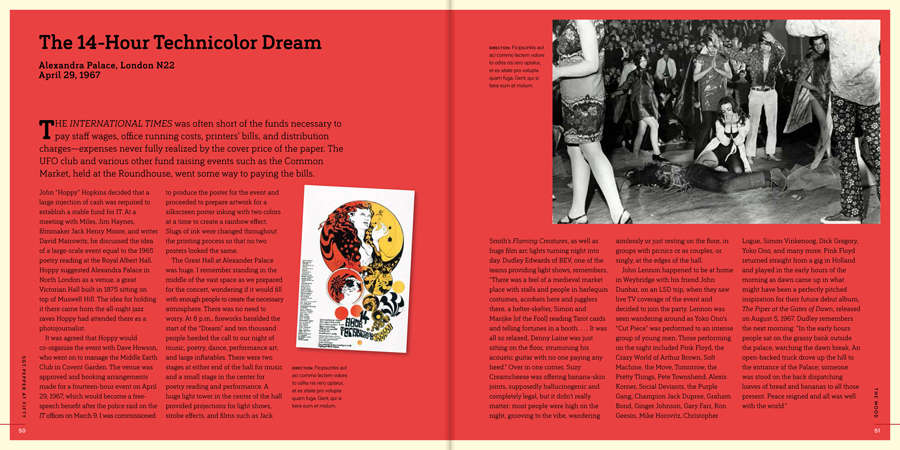 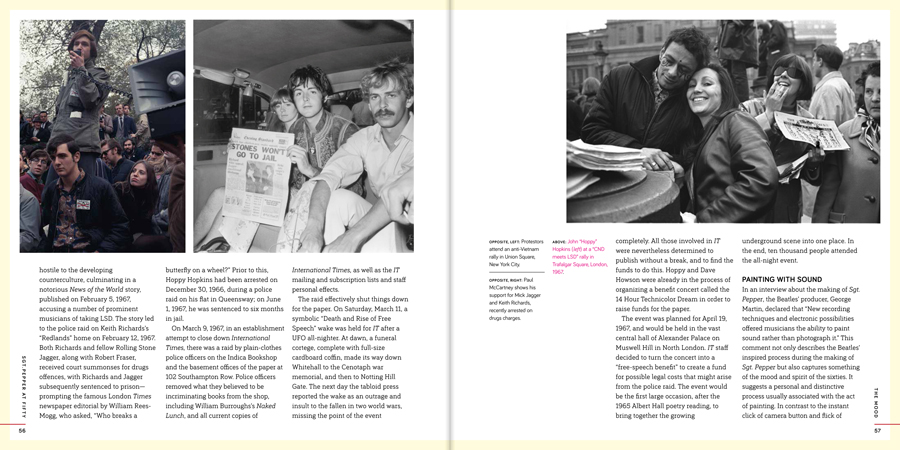