Roger Beckett, former publishing director of both Creative Review and Design Week, brought an art event discovered in Spain and named Pintar Rapido to the streets of central London on Saturday July 13 2013. The title means painting rapidly and on a hot summer day, with temperature at 30 centigrade, 300 artists signed up to paint live for one day on the streets of Kensington and Chelsea. The resulting pictures were exhibited the following day at Chelsea Old Town Hall, Kings Road. Work was judged and a first and second prize awarded from the paintings displayed on the Sunday. I decided to paint a large format gouache on a sheet sized 84cm by 60cm, the largest size that could be carried and worked on from a seated position. I spent 5 hours recording the gate to a fenced-off nature reserve inside Holland Park. The painting was awarded second prize and sold to a young couple setting up their first home in north east London. 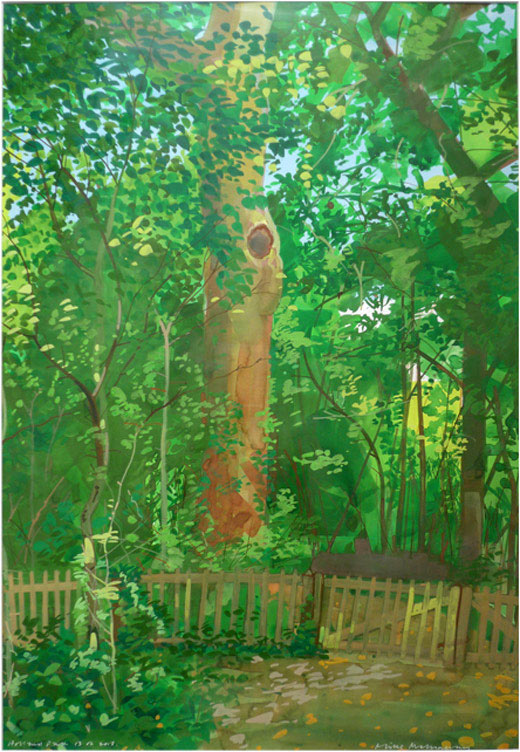 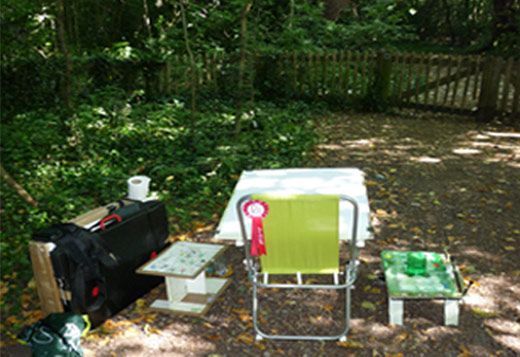