I took part in a telephone interview with Peter Watts in March 2017. He was writing an article for the June issue of Uncut magazine for a feature titled ‘Revolution Now’ as part of the 50th anniversary celebrations of the summer of love. He wanted to talk about psychedelic artists working at the time and explore psychedelic expression in the posters produced around that summer. I went on to describe different aesthetic ideas expressed in the psychedelic work of Hapshash, myself and Martin Sharp. Michael English and Nigel Weymouth of Hapshash were inspired by the sinuous organic forms of Art Nouveau first displayed in the seminal Aubrey Beardsley show at the V&A in May 1966. My poster work drew its influences from observations made at the UFO club watching light show projections and gazing at people blowing bubbles as they wandered around lost in a world of their own. The heated slides of oil and other fluids projected on UFO walls enhanced my interest in soft, poured, floating, liquid forms. My other influences included patterns of illusion as expressed in the optical work of Bridget Riley amongst others. The signature style of Martin Sharp was a natural invention perfect for the acid-cartoon world of psychedelic experience. His black and white cartoon drawing morphed with ease creating a rich landscape of forms for an unreal state of mind. I had always considered this developing psychedelic vocabulary referencing the rounded forms of Art Nouveau and other softer, non-threatening shapes were created to cope with the heightened sense of anxiety that can sometimes accompany the use of psychotropic drugs. 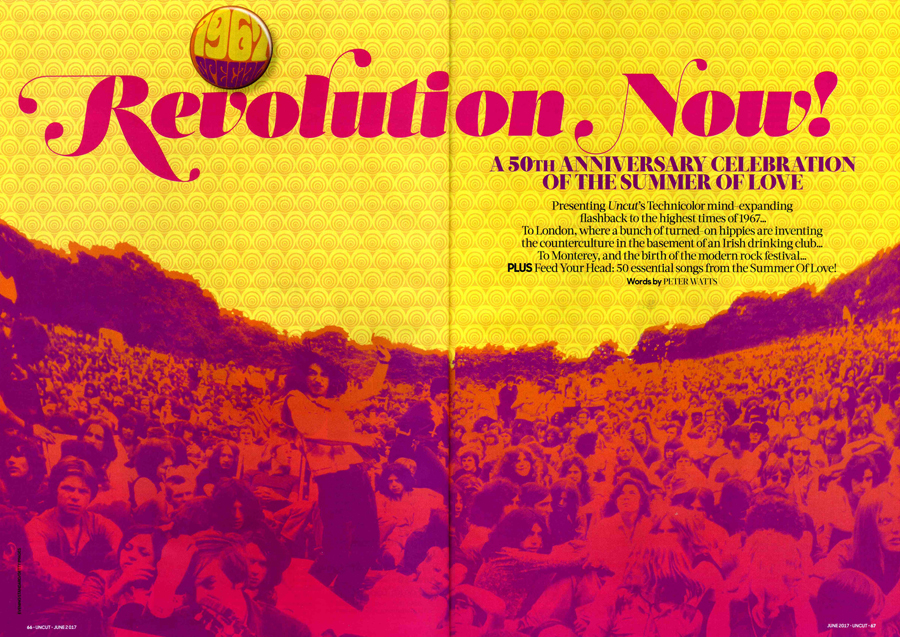 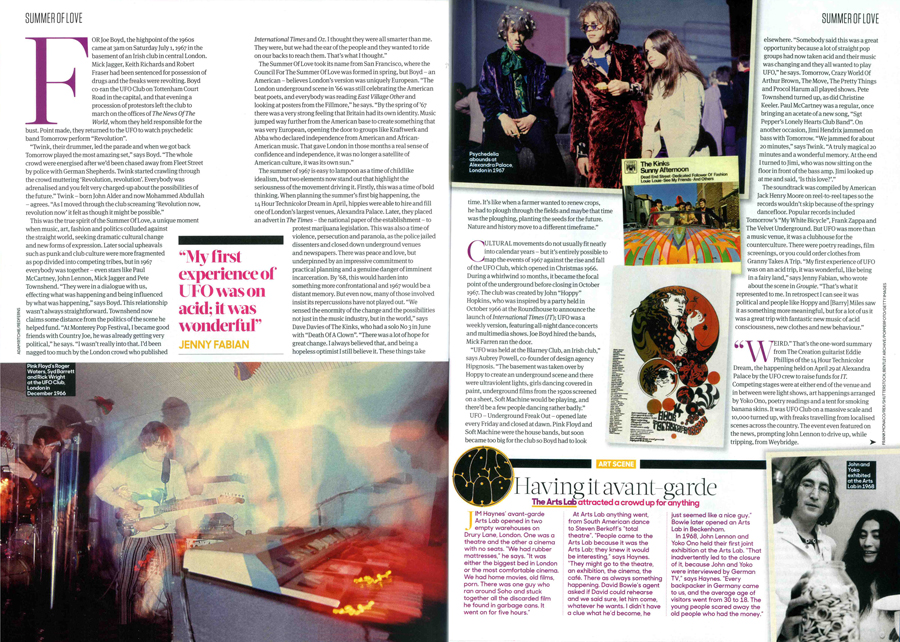